Welcome to the website of the historical conference of GHD Ubbo Emmius!

On the 10th of June 2022 the Conference committee of GHD Ubbo Emmius will organise a conference entitled A culinairy exchange: food history throughout time and space.

This year the conference will be dedicated to food and culinary exchange in history. Within this broader theme we are focussing on food cultures and cross-cultural culinary exchange throughout the ages. Taking a long temporal view will allow us to explore global processes of exchange, as well as zoom in on long term developments on a local or regional level. During the conference we will to explore topics like eating habits of different people according to different religions or local customs 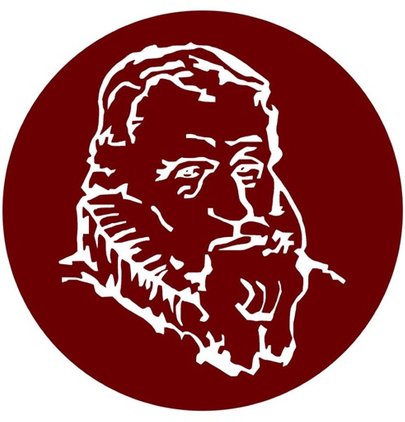 The day-program is filled with three plenary lectures (60 min. each), with room for questions after each lecture. There will also be possibility for further questions at the end of the day. Furthermore, there will be two workshop rounds (45 min. each) where you can choose from three workshop options. For sign-up for the workshops, see the info further below.

In-between lectures and workshops will be coffee/tea breaks, and a delicious lunch, provided by Van Swinderen Huys, is also included. We would also like to invite everyone to a drink and further discussion afterwards!

Tickets cost €12,50 for Ubbo members and €15,- for non-Ubbo members, this is including lunch. You can order your ticket via www.ubbo-emmius.com.

Visit our social media pages for the most recent updates about the conference. 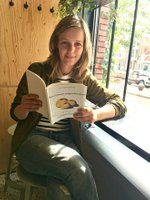 Anne van Lieshout is a former history student from the Univeristy of Groningen and published a book called "Een Friesche eetgeschiedenis". At the conference she will be guiding us through the day's program.

Albena Shkodrova is a specialist on the cultural history of food in communist Europe and the relationship between food history and national identities. She holds a MA degree in Slavic philology (Bulgarian, Serbian and Croatian) and specialised in International Relations at the Law Faculty of Sofia University and the London School of Economics. In 2017 she wrote her PhD dissertation, in collaboration with the KU Leuven and VU Brussels, called: 'Rebellious Cooks: Practical and Hedonistic Powers of Recipes in Late Communist Bulgaria.'

Albena worked briefly as a diplomat, has been active as a journalist for several years and published both fiction and non-fiction articles in various journals. Between 2008 and 2015, she was the editor-in-chief of Bulgaria's Bacchus magazine (bacchus.bg), a magazine devoted to food and wine culture. In 2014 she published a number 6 best-seller called 'Communist Gourmet: The Curious Story of Food in the People’s Republic of Bulgaria.' on everyday food in communist Bulgaria.

Currently, she is employed at the Institute for Social Movements - Ruhr University of Bochum. 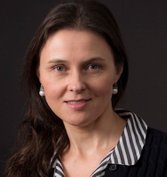 Cwiertka is an established expert on food history of modern Japan and Korea, both as a domain of culture and as a window into historical inquiry that extends beyond the realm of cuisine and nutrition. In her research, food serves as a vehicle to talk about social change and global interconnectedness facilitated by colonialism, war, and cultural imperialism. 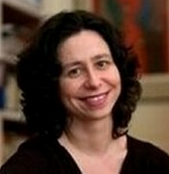 Melissa Calaresu is an early modern cultural historian and the Neil McKendrick Lecturer in History at Gonville and Caius College, University of Cambridge. She has written on the Grand Tour, autobiography, urban space, ice cream, and food hawking in early modern Italy, with a particular focus on eighteenth-century Naples. Her co-edited books include New Approaches to Naples c.1500–c.1800: The Power of Place (2013) with Helen Hills and Food Hawkers: Selling in the Streets from Antiquity to the Present Day (2016) with Danielle van den Heuvel. She was the co-curator of two successful Fitzwilliam Museum exhibitions in Cambridge - Treasured Possessions from the Renaissance to the Enlightenment in 2015 and Feast & Fast: The Art of Food in Europe, 1500-1800 in 2019-20. She is currently writing a cultural history of the city of Naples through the household accounts of the Welsh artist Thomas Jones (1742-1803). She is also co-editor of the peer-reviewed journal, Global Food History.

‘The way to a man's heart is through his stomach: Gastrodiplomacy in Japan and Korea

The associations between France and champagne, Italy and pizza, Japan and sushi, Mexico and tacos, England and fish and chips etc. have histories that stretch back several decades and to varying degrees were constructed with the help of state engagement. However, the growing emphasis on the place–food connection is no longer an amusing footnote to international relations, but an increasingly powerful force pushing national interests forward.

The term ‘gastrodiplomacy’ first appeared in print in 2002 in the Economist, in connection with a report on the global promotion of Thai food, and has since developed into a core concept within the public diplomacy arena. It is defined as a form of public diplomacy that highlights and promotes the awareness and understanding of a national culinary culture among a foreign public. Simply advocating a food product does not equate with gastrodiplomacy. Rather, following the principles of place branding, gastrodiplomacy denotes a more holistic approach to raising international awareness of a country’s edible national brand through the promotion of its culinary and cultural heritage. This lecture will focus on gastrodiplomacy in Japan and Korea, placing these developments within the context of culinary globalization and the global liberalization of trade.

From Garden Cities to Industrial Canteens: Feeding the European New Towns between 1920 and 1960

As the Twentieth century advanced through waves of food insecurity, brought upon by World Wars  and economic crises, politics across Europe increasingly focused on modernizing food  production, trade and consumption. The contemporary welfare state was in the making across the  affluent first world. With it, minimal standards settled to prevent hunger among population.

In the East and in the West, more and more European states aligned along the ideal to provide  food security and promote healthy diet. But on a continent, divided by contrasting ideologies, the  best path to achieve such goal was far from agreed upon. The visions of modernizing foodways  varied across borders and cultures, evolved in time, diverged and converged. From early 20th  century attempts to build garden cities, in which the best of rural and urban would come together,  to large-scale plans to feed nations with industrial, state-subsidized food in professionally staffed  canteens, they covered a universe of possibilities. What did they have in common and where did  they part?

In my talk, I will walk you through the ideas and practices of food procurement in New Towns,  which were built between 1920s and 1960s in different parts of Europe. Planned from above  according to a master plan and built almost on a tabula rasa, these urban projects synthesized  the dominant ideologies and strategies. They offer a peak into how ideals for feeding urban  populations changed upon clashing with reality, and how the contemporary European foodways  were shaped by the dominant food politics after the Second World War.

The Grand Tour attracted northern Europeans to the Italian peninsula to visit ancient sites and aristocratic galleries but also to experience life in the cities of Venice, Florence, Rome and Naples. In Grand Tour accounts, British travelers often complained of the greasy and unfamiliar food that they received in guesthouses during their travels and were often nostalgic for the eating of roast-beef, a foodstuff which came to define their national character in contemporary caricatures. The household accounts of the Welsh landscape artist, Thomas Jones, allows us to test these familiar tropes and analyze the consumption patterns of Jones, his Danish common-law wife, Maria Moncke, and two young daughters, who lived in Naples for three years between 1780 and 1783. The extent of their ‘alimentary acculturation’ is revealed in these detailed accounts which show family members and servants buying a range of fresh and processed seasonal foods from the streets and shops of the city which were, in turn, provided by a local network of food makers from the hinterland around Naples. The city was also connected to wider trade networks which met the alimentary needs of elite Neapolitan residents – sugar from the French and British colonies, cheese from Holland and England, and wine from France and Portugal. Of course, Jones and his wife had their own alimentary tastes and traditions which may not have been sustainable in their household within this specific urban environment. This paper will explore the complex food ways which provided for the many inhabitants of this capital city and the food experiences of a Grand Tour household in the creation of food identities.

In case you do not register for the workshops, we will register you for a workshop and notify you in advance via email. 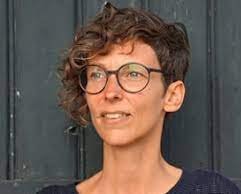 This tasting workshop presents historical dishes from the region of the Netherlands, some of which can be traced back to more than 2000 years ago.

The exchange of ingredients, recipes and eating habits is visible throughout the history of ‘Dutch’ cuisine. Several important international culinary influences will be presented in a nutshell. This
workshop covers influences from the Roman and the Arab world, as well as
French and Indonesian cooking. 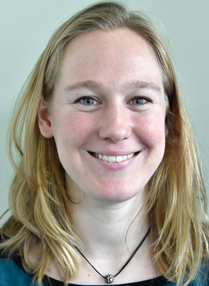 We have an array of sources available to us when we want to know what people ate and drank in the past. Purchasing orders from (charitable) institutions and greater households inform us about the acquisition of ingredients for day-to-day meals and festive occasions. Ego documents provide insights into personal preferences and fashionable trends. But more generally speaking, cookbooks show a myriad of ingredients prepared and combined in different ways to provide delicious (?) dinners and homely meals.

The ingredients mentioned in these culinary recipes are sourced and purchased locally, regionally, internationally, and even globally. Studying historical recipes based on the provenance and combination of ingredients can inform us about cross-cultural exchanges, food fads and trends.

In this workshop we will study a number of recipes from historical cookbooks provided by the Special Collections of the Groningen University Library. By noting down which ingredients were listed and ascertaining where they (most probably) came from, we can infer to a certain extent which “new” ingredients were incorporated over time and how “international” the early modern Dutch cuisine was.

"The value of distilling, from grain to drink" 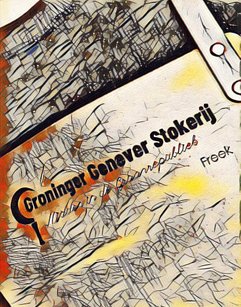 Discover how genever, liqueur and whiskey are distilled from grain to drink.

Stoker Freek Kupers will explain how the passion for the craft arose and how this gave more flavor to his life.

The drink is distilled in the grimiest part of the Netherlands. The place where craft and industry have always been at odds with each other.

You will hear the about the history of distilled drinks and about the Grain Republic and the way craftsmanship is replaced for machines. 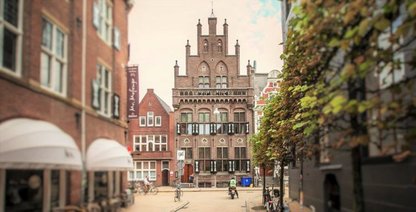 The conference will take place at the Van Swinderen Huys, Groningen